Troll typed alone in his basement home,
He whined and lied with his book of chrome;
For many a year he had made it clear,
That truth was hard to come by.
Done by! Gum by!

In his parent’s basement he dwelt alone
And truth was hard to come by.
Down came mom with a sigh and sob.
Said she to Troll: “Pray, get out slob.
For it looks like a pit, where you type your shit,
You should be workin’ at a real job.
Steel job! Deal job!

This many a year have you done nought,
And I thought you should have a real job.”
“But mom,” said Troll, “I need a host!
I can’t be distracted from what I post.
Thy bandwidth was free because I had your key,
And I need it to shitpost.
Bitpost! Hitpost!

Who can spare a share for a poor sad troll?
For he needs his tweets liked.”
Said mom: “I don’t see why the likes o’ thee
Without axin’ leave should go makin’ free
With the password o’ your mother’s router;
So hand the keyboard over!
Rover! Trover!

Though troll you be, that belongs to me;
So hand the keyboard over!”
“For a couple o’ pins,” says Troll, and grins,
“I’ll troll thee too, and post thy sins.
A bit o’ fresh meat will be fun to tweet!
I’ll try my posts on thee now.
Hee now! See now!

I’m tired o’ posting old whines and memes;
I’ve a mind to post on thee now.”
You’ll be a nice change from other targets.
Bargets! Czargets!

But just as he thought his mother was fought,
He found his hands had hold of naught.
Before he could mind, mom slipped behind
And snatched his keyboard to larn him.
Warn him! Darn him!

A snatch o’ the keyboard his mom thought,
Would be the way to larn him.
But harder than stone is the heart and pwn
Of a troll in his basement alone.
As well set your boot to the mountain’s root,
For the heart of a troll don’t feel it.
Peel it! Heal it!

Old Troll laughed when he snatched it back,
And he knew her rep would soon feel it.
Mom’s rep is slain, since he trashed her name,
She raised a troll to her lasting shame;
But Troll don’t care, and he’s still there
With the wifi he stole from its owner.
Doner! Boner!

Troll’s old game is still the same,
And the wifi he stole from its owner!

Brain: Ooh ooh ooh!
Me: What? It’s three in the morning.
Brain: I figured out the whole unicorn thing.
Me: What? The? Hell?
Brain: No, it’s great.
Me: It’s not great, it’s three in the morning.
Brain: No, I’ve got this.
Me: All right, It’s obvious you won’t let me sleep. Tell me.
Brain: *assuming an erudite English accent* It’s the equinox!
Me: …the hell.
Brain: *in accent* You see, the mistake is easy. Vernal instead of virginal. Right?
Me: *blinking* Not sure where you’re going with this…
Brain: *in accent* And equinox. Equi meaning center and nox…well, it doesn’t mean horn, but it sounds like ox and oxes have horns. Easy mistake.
Me: *in accent* First, it’s oxen…oh gods, now I’m doing it.
Brain: *in accent* See! It makes perfect sense. Vernal equinox and virginal unicorns.
Me: Go back to sleep, brain.
Brain: *drops accent* Not till we tell Laura, she’s going to want to hear this.
Me: Not at three in the morning.
Brain: Sure she will.
Me: I may not be _good_ at self preservation but I’m pretty sure on this one.
Brain: *pouts*
Me: *sigh* All right, I promise I’ll jot it all down and we can tell her first thing in the morning.
Brain:
Me: Brain?
Brain:
Me: You’re asleep already aren’t you?
Brain: *snores*
Me: Fucker.

Addendum from a few hours later with Laura.

Me: *sighs* My fucking brain.
Her: That’d be a good autobiography title for you.
Me: O.o
Her: *chuckles*

I blame Dana Baird…
Beware the infodump, my child!
The bits that bore, the facts that fail!
Beware the as-you-know, Bobs
And handwavious exegesis!

Take not the purple pen in hand:
Lest too long the tedious plot be splained —
Then resist the by-the-way asides,
And babble not the it-all-begans.

And hast thou slain the infodump?
Come to my arms pithy child!
O laconic day! Compact! Concise!’
He chortled in his brevity

Dana and I were on this panel at CONvergence and she said “Beware the infodump!” and this has been percolating ever since…

And, yes, I know it doesn’t scan perfectly, but I was trying to keep it brief…

The process that is.

My Brain, a Brief Illustration:

2) Google tells me that the Squick Mouse is not a thing, and it clearly needs to be.

3) Actually there should probably be a pair of mice like comedy tragedy masks. Squick and Squee for different occasions.

4)…and now I’m picturing the mice Squick and Squee sitting in a theater box commenting on fan fiction plays like Statler and Waldorf at the Muppet show.

As a middle aged straight white guy, I don’t get trolled on social media very often. But I see it happen to friends all the time. That’s why, when I saw a particular tweet go by from Mary Robinette Kowal, I saw an opportunity to play a twitter game with a friend, and well, you’ll see it below. I think what we ended up with is something that’s more useful than a game.

Mary’s post on the exchange is here. As something of a palate cleanser here’s a picture of Mary and I as best man and matron of honor at the vow renewal for our friends Michael and Lynne Thomas. I don’t know about any of the rest of you, but even briefly playing the troll makes me feel more than a little filthy. 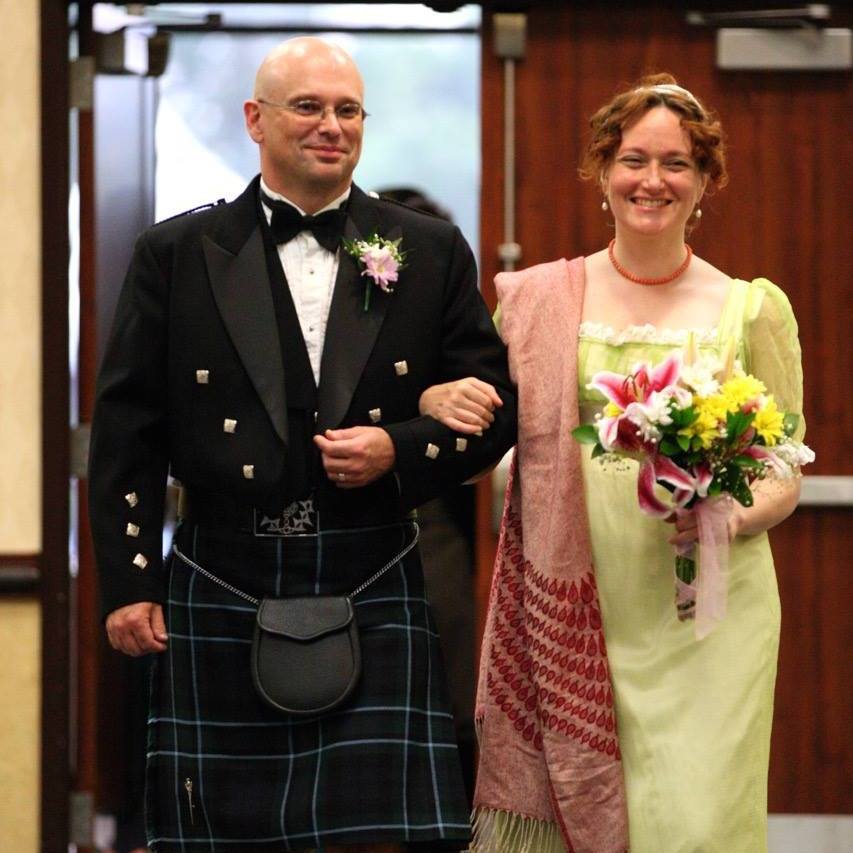 About damn time you woke up thumb-monkey—I want breakfast! 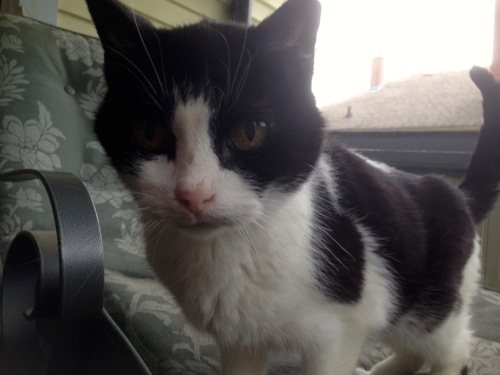 Dude had a book out, chill. You know he’s not much of a morning monkey. 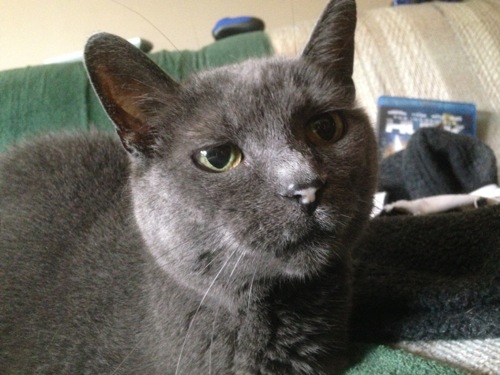 Book launch does not mean thumb-monkey gets a pass on his duties. 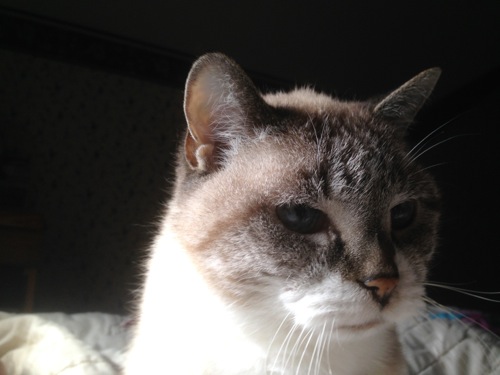 I think he should bring us breakfast in bed as penance. 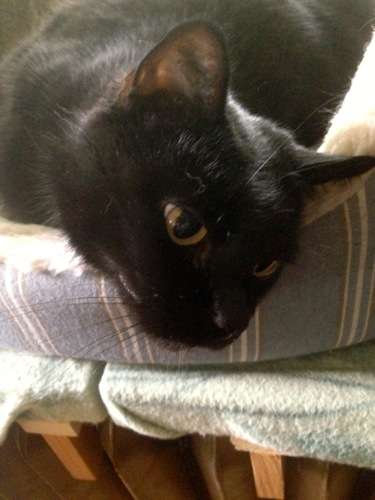 Man, cats are sooo demanding. Look what he accomplished this week. 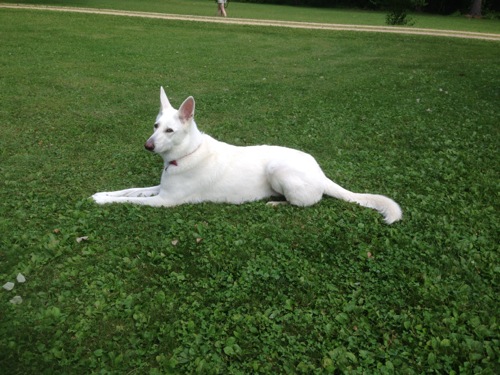 My newest book, SCHOOL FOR SIDEKICKS, launches today. Both figuratively and literally…

ETA: The extended rocket launch below the other videos:

More silly launch videos are on the way as soon as we can get them edited, so watch this space. In the meantime, here are a couple of notable reviews for the novel: Kirkus. Publisher’s Weekly, and an excerpt.

If you order before the weekend, you can get a signed and customized copy from Uncle Hugo’s where I will be signing on Saturday, and, of course, the book may be purchased at all the usual venues: Amazon, Barnes And Noble, Indiebound, BAM,  Powells…

On August 4th at 7pm at the Har Mar Barnes and Noble in Roseville MN, I will be reading and signing.

On August 8th at 1pm I will be signing books at Uncle Hugo’s in Minneapolis MN. You can order in advance and have me custom sign things and then they will ship them to you, if you’re so inclined.

Also my short story The Totally Secret Origin of Foxman: Excerpts from an EPIC Autobiography, is up at Tor.com where you can read it for FREE!

Updated: This was inspired by Scalzi’s pranking of Wil Wheaton (link below) and perpetrated by my friend James (link in comments) with the support of a rather large cast of unindicted co-conspirators. It is also made of awesome. 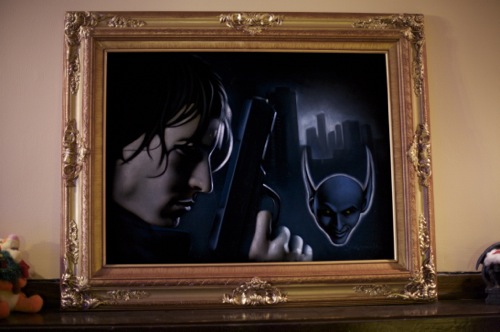 I see the painting: 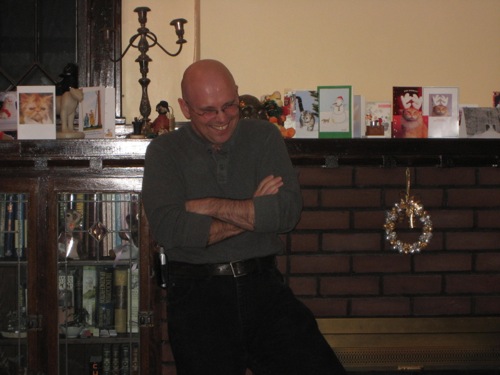 Me and my velvet Ravirn: 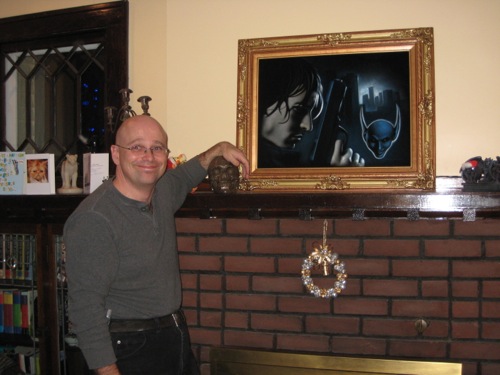 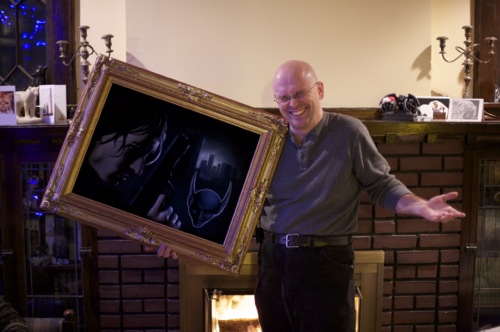 (Originally published on the Wyrdsmiths blog Dec 19 2009, and original comments may be found there. Reposted and reedited as part of the reblogging project) 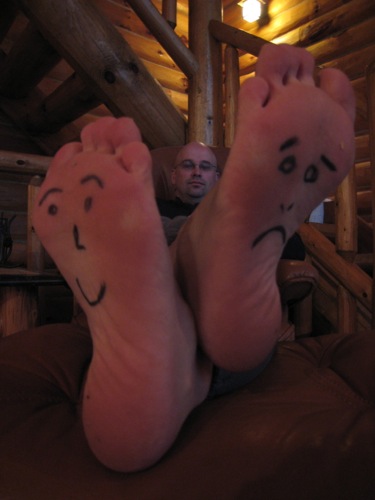 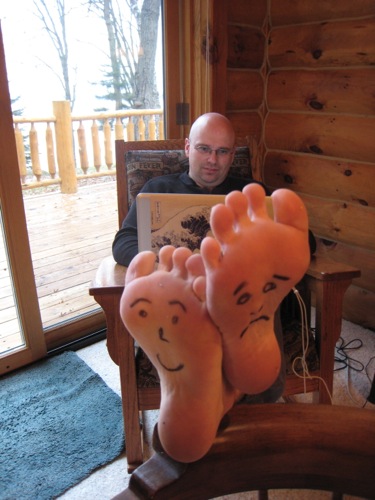 (Originally published on the Wyrdsmiths blog Nov 29 2009, and original comments may be found there. Reposted and reedited as part of the reblogging project)