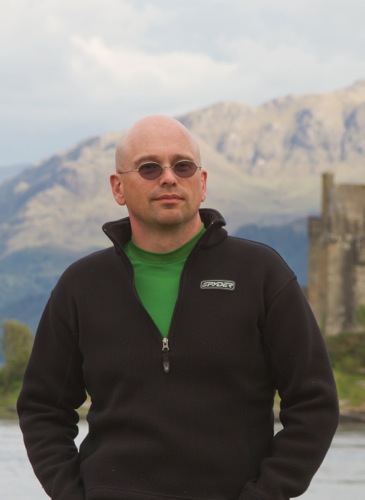 His public speaking experience includes keynoting various literary and academic events,  television and radio interviews, teaching at the Loft Literary Center in Minneapolis, guest lectures at various universities and other teaching venues, school appearances, various public readings, and numerous panel appearances at science fiction conventions throughout the Midwest. He has a degree in theater from the University of Minnesota with an emphasis in performance and has also appeared on stage and at Renaissance Festivals.

For speaking engagements his rates vary, but start at $1,000 plus expenses for any venue that involves air travel or more than four hours of travel time.

He also does GoH appearances at science fiction and fantasy conventions under their usual terms subject to availability.

Computers and Writing Conference May 2015 Keynote: The Author and Advancing Technology