Fallen Blade is a six book series beginning with Broken Blade and ending with Darkened Blade. 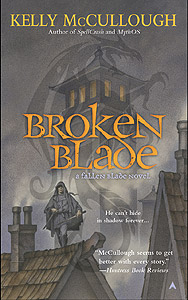 Aral Kingslayer was an assassin once upon a time, perhaps the best in the world, one of the fabled Blades of Namara, goddess of Justice. With his familiar, a living shadow named Triss, at his side, he killed for a cause, never for money. Life was hard but good.

That was before. Before they murdered his goddess and burned her temple to the ground. Before they outlawed his kind. Before the wanted posters and the sentence of death. Before his life fell apart and he crawled into the whiskey bottle.

Now he’s a shadow jack, a free lance problem solver who makes his living out of odd jobs on the wrong side of the law. He doesn’t much like what he’s become, and Triss likes it even less, but Aral doesn’t see any way out. Not until a young woman named Maylien hires him to deliver a secret message.

A simple enough job. Or is it? When Aral delivers the message, he gets the biggest surprise of his new life, and maybe, just maybe, the chance to forge a future where he won’t have to be ashamed of himself. 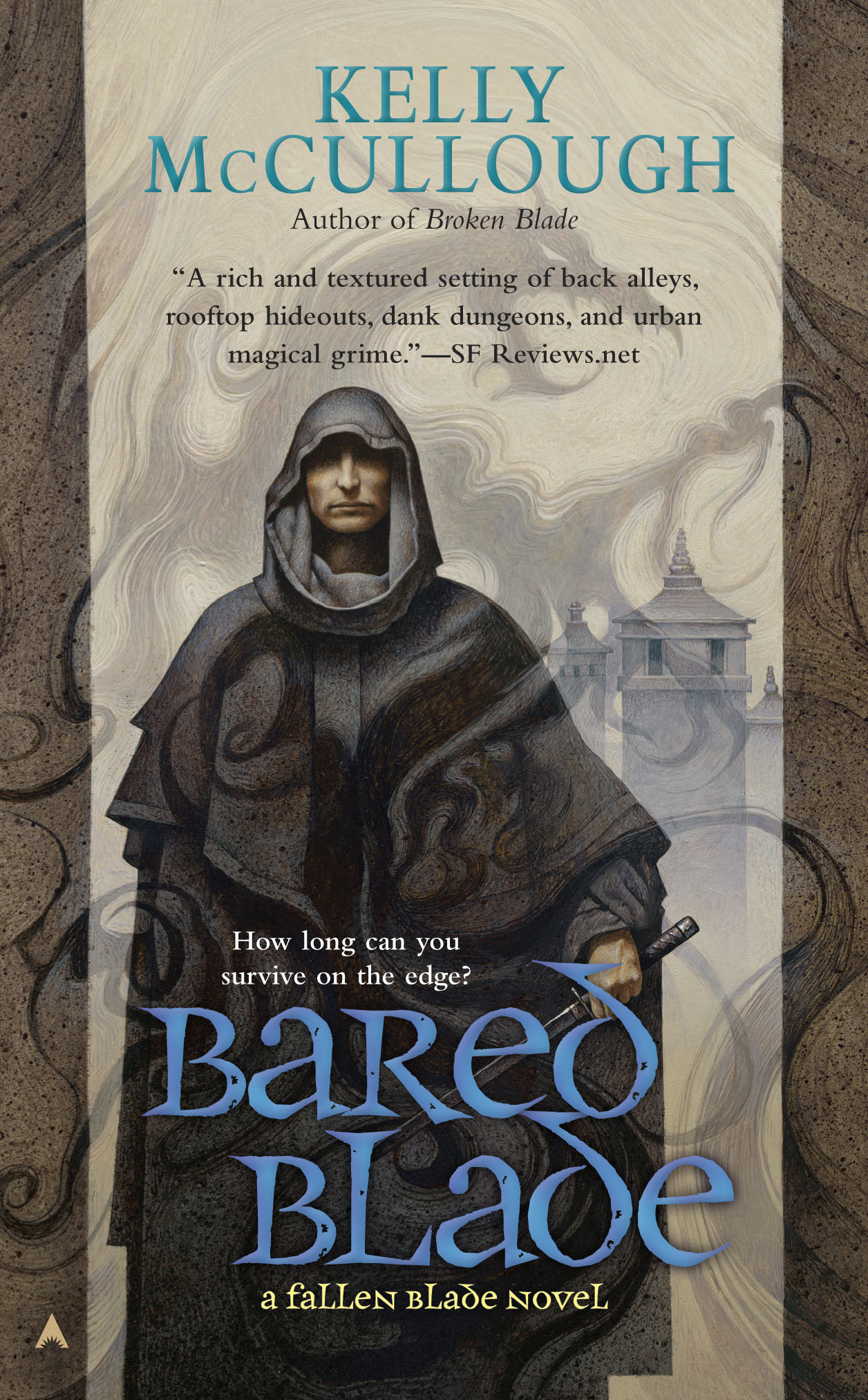 What do you do when your goddess is murdered? If you’re a former temple assassin with a huge price on your head like Aral Kingslayer, you go into the shadow jack business, solving problems and doing odd jobs on the fringes of the underworld in Tien. It’s a long step down from killing kings for the Goddess of Justice, but at least it provides Aral and Triss, the living shadow who is his secret partner, with a reason to get up in the morning.

Unfortunately, it’s not a very noble reason. Which might be why they decide to help when a pair of young women hit a rough spot in the bar Aral uses for an office. But the minor tough who’s harassing the pair turns out to be the least of their problems, and Aral and Triss are soon sucked into the middle of a three-way battle to find a missing artifact that just might be the key to preventing a war between nations and species.

Before the situation is resolved Aral and Triss will know more than they ever wanted to about the beautiful but alien Others known as the Durkoth and their underground kingdoms, the equally strange dual-bodied Dyad sorcerers who rule the city-state of Kodamia, and even the internal politics of Tien’s own warring authorities. They’ll also attract a lot more attention than anyone whose name appears on ten thousand wanted posters can easily afford. 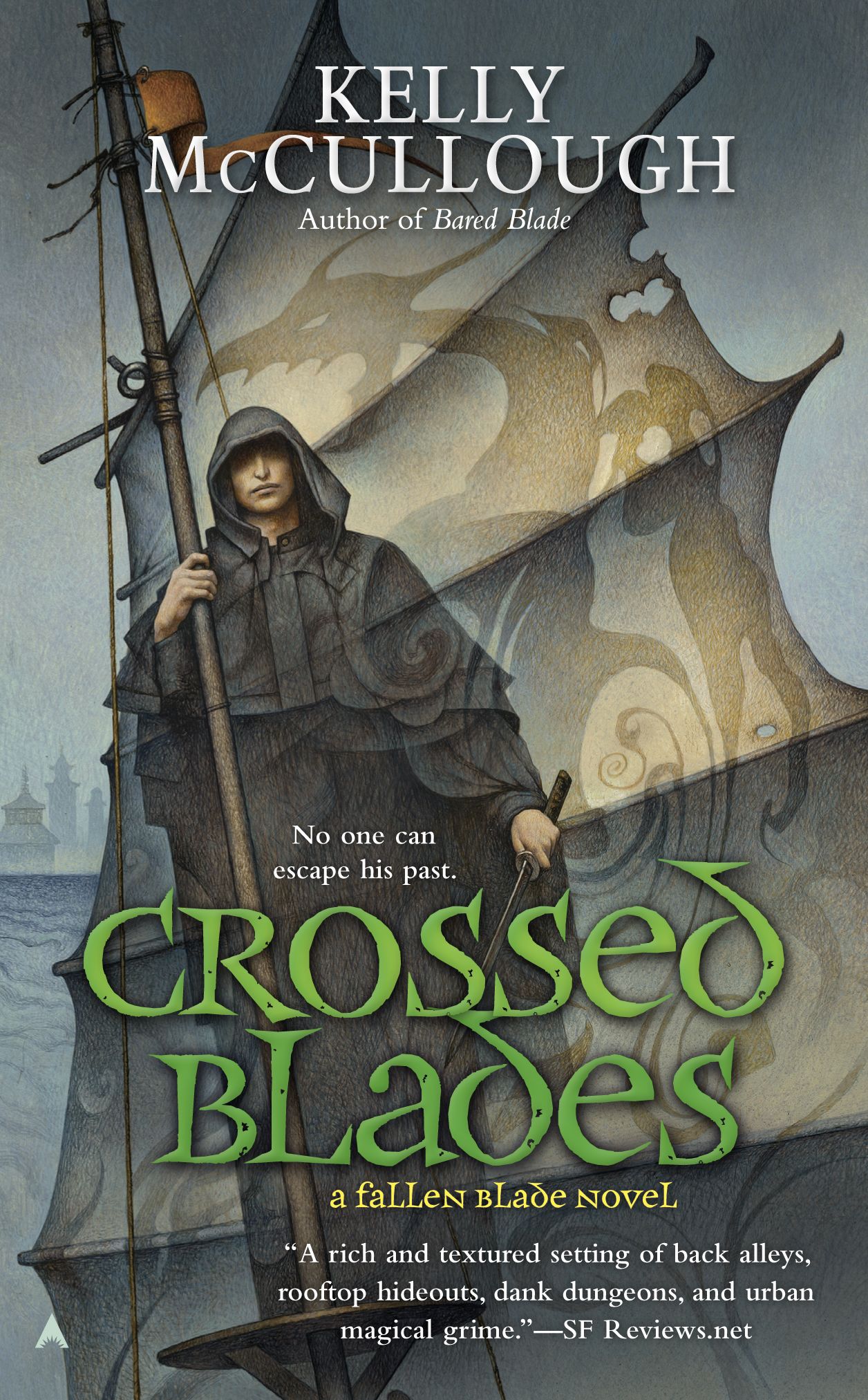 For six years, former temple assassin Aral Kingslayer has been living as a jack of the shadow trades, picking up odd jobs on the wrong side of the law. But the past is never dead, and Aral’s has finally caught up to him in the beautiful, dangerous form of Jax Seldansbane—a fellow Blade and Aral’s onetime fiancée.

Jax claims that the forces that destroyed everything Aral once held dear are on the move again, and she needs his help to stop them. But Aral has a new life now, with a fresh identity and new responsibilities. And while he isn’t keen on letting the past back in, the former assassin soon finds himself involved in a war that will leave him with no way out and no idea who to trust… 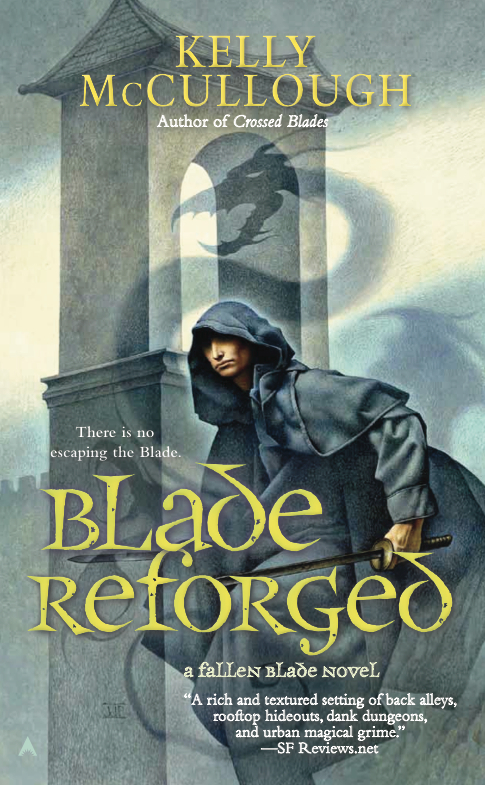 After the fall of the goddess of justice, temple assassin Aral Kingslayer lost his purpose in life and turned to the bottle. That might have been the end of him if luck hadn’t given him a few people to help him get back on his feet—notably the irresistible Baroness Maylien Dan Marchon, who once sought his aid in claiming the throne that’s rightfully hers. Reluctant to resume the role of an assassin, he turned her down.

But now Aral has learned that one of the few people willing to help him in his darkest days has been imprisoned by Maylien’s uncle, King Thauvik. Aral knows he can’t let an old friend die, but the alternative is to return to the life he left years ago. It was the death of Thauvik’s half brother that earned Aral the name Kingslayer, and now he is thrust into a war that will see no end until he lives up to his name… 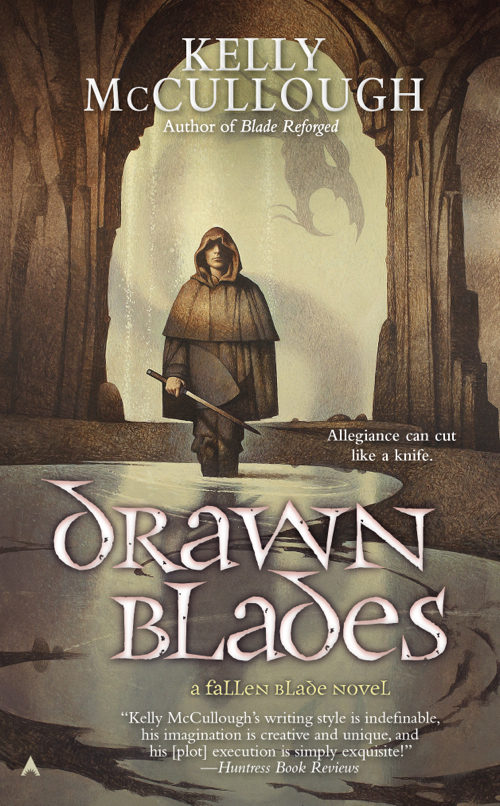 Once one of the world’s greatest assassins, Aral Kingslayer has finally reclaimed his swords and his soul. But the forces that destroyed his patron Namara twelve years ago are still there, waiting, and his past as a Blade is never more than a shadow’s breadth away.

In the days before the fall of his goddess, only one other rivaled Aral’s skills, Siri the Mythkiller—a woman who ruthlessly earned the title First Blade. As a friend, Aral owes her his loyalty. As a former lover, he owes her part of his heart. As a Blade, he owes her anything she asks, including his life.

When Siri seeks Aral’s aid, he knows he must go. But as they journey towards the ancient Sylvani Empire, only time will reveal whether Aral can save the former First Blade, or if he will simply fall with her… 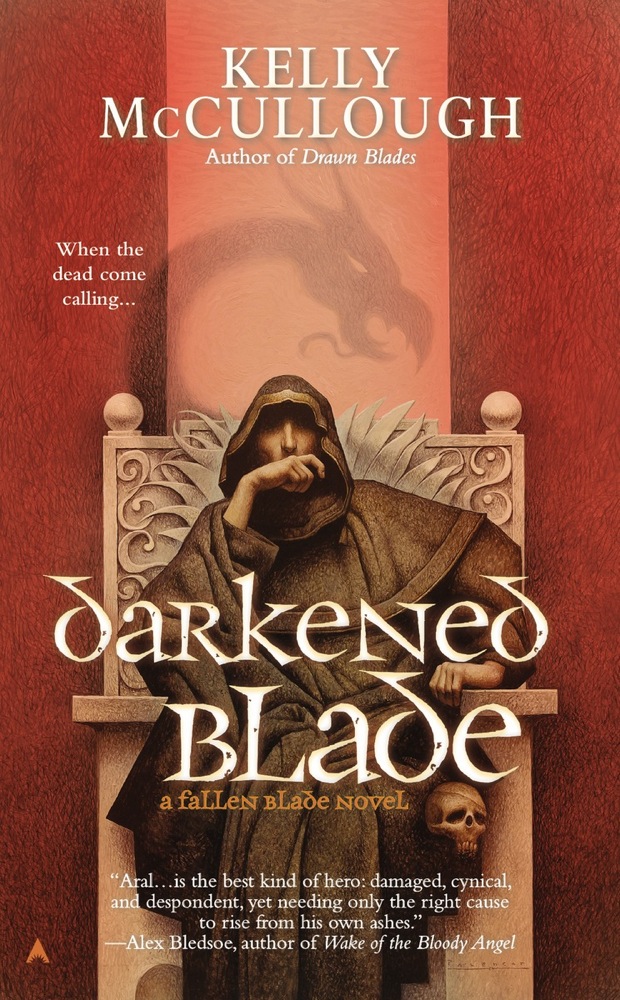 em>Aral Kingslayer has nothing to lose—and only justice to gain. Torn apart by the death of his goddess, he must avenge her in order to save himself from being lost forever….

It’s been nine long years since the death of his patron, Namara, and exalted assassin Aral Kingslayer desperately misses the thrill and glory of being a higher power of justice. Now he is haunted by the ghosts of the past—and by the ghost of the lost goddess herself.

When Namara calls upon Aral in a dream to seek justice for her death and the ruination of her temple, Aral must obtain the help of his fellow former Blades and his Shade familiar, Triss, to pursue the vengeance he knows Namara deserves. Even if it means attacking Heaven’s Son—and going against one of their own—in a bloody battle of epic proportions…