So, in addition to the new fantasy series I had started writing for Ace—Fallen Blade—I was working on a project for Galaxy Zoo and the Hubble Space Telescope with my astronomer friend Dr. Pamela Gay and a number of other fantastic folks back summer 2010. The project was a comic illustrating an amazingly nifty discovery in astronomy called Hanny’s Voorwerp. It’s all kinds of cool: scientific, artistic, literary, collaborative, and really worth checking out. For the broad stroke details you can look below but I’ll blog about the experience in some detail in the coming days as we get closer to the official launch.

2015 update: This below is from Pamela’s launch announcement (I’ve swapped in images from later in the project because they’re cooler, though, of course, you can follow the link at the bottom to my original post on the Wyrdsmiths blog where the other images appear):
“This past Monday, at about 8pm Central (GMT -4), a Voorwerpish webcomic was delivered to Sips Comics for printing. Tuesday morning we got the page proofs, and now, one by one, they are being made into full color reality. 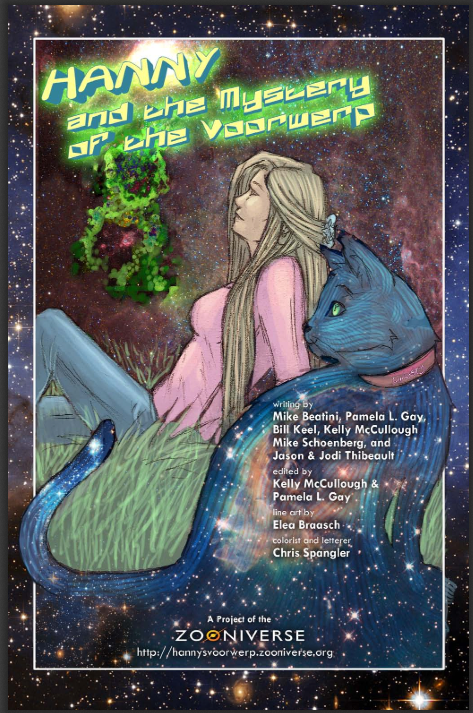 We could say a lot of things right now: We could tell you about playing round robin with the script, digitally passing it from person to person under the guidance of Kelly, sometimes into the wee hours of the night. We could tell you about watching the art come to life; transforming from line drawings to fully rendered pages in the hand of our artists Elea and Chris. We could tell you how many pencil tips were broken, and how many digital files grew so big our computers crawled.

We could talk a lot, but instead, let us invite you to join us for the World Premier and share with you a few images.

You’re Invited to a World Premier 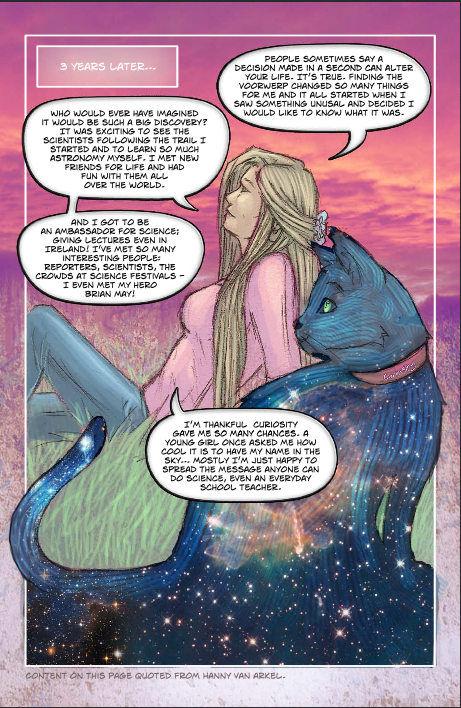 Come meet the artists, hear a brief talk by Bill, and generally revel in the Voorwerp’s awesomeness.

And come dressed as a Voorwerp for a chance to win a prize for best costume!

See you in Atlanta?

Oh, and let me also give a big old thank you to CONvergence for hosting the Hanny and the Voorwerp workshop this past July where much of the initial writing for this project happened.”

2014 edited to add this image from the comic below which depicts many of the people involved in its creation, including yours truly—topish row, left. Also, this link to download a PDF of the comic for free. 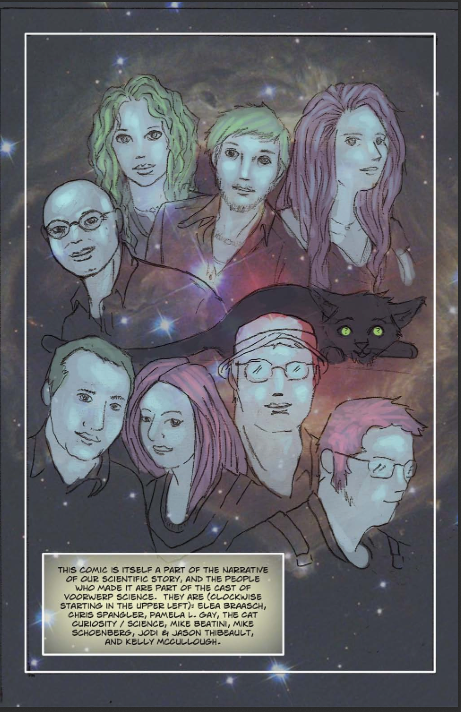 (Originally published on the Wyrdsmiths blog August 21 2010, and original comments may be found there. Reposted and reedited as part of the reblogging project)