Last night a grand dame of the cat world left us. Princess was the cat of my friend Neil Gaiman. She was a once-wild, wonderful, fierce, old lady with a mean streak a mile wide and fur like white silk. She sent more than one person to the hospital, and spilled my blood on at least one memorable occasion. She was beautiful and tough and more than half a creature of faery. She was also my friend—I visited her nearly daily while borrowing Neil’s running paths—and I loved her dearly. I will miss her, as I know Neil will, along with a whole lot of other people. She touched many lives in her twenty-two-plus years. Because I haven’t the heart for words right now, here are some of my favorite pictures of her (a few have captions because they insisted on it, but most don’t): 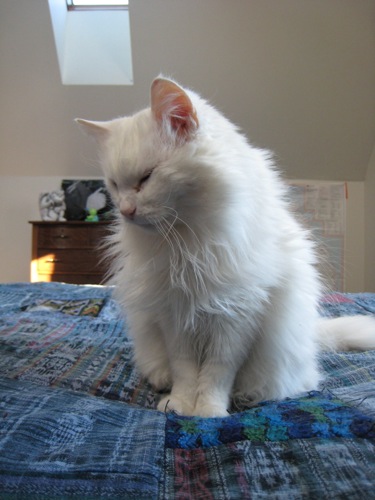 She loved to drink out of the tap, and insisted that the humans oblige her 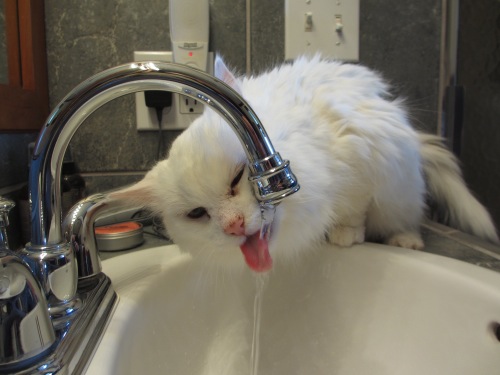 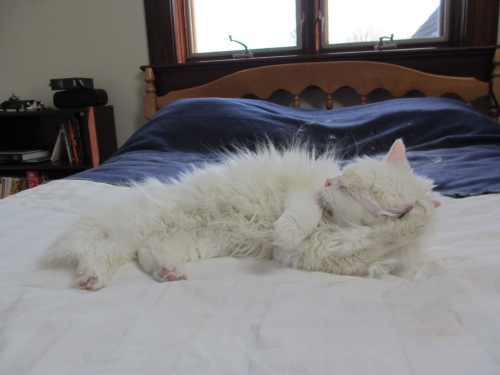 She wasn’t often cuddly, but was very fierce about it when she was 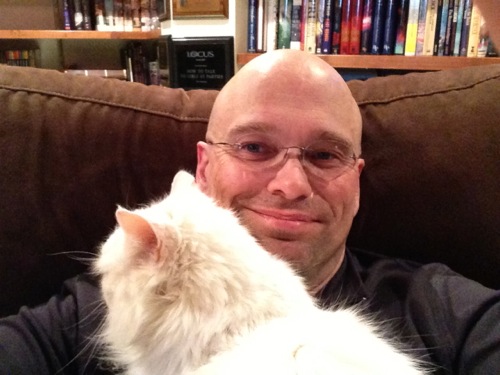 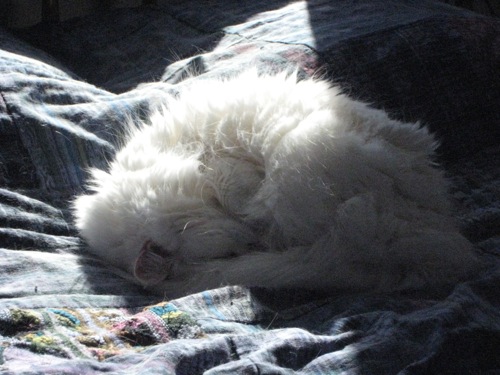 This is my favorite shot of her 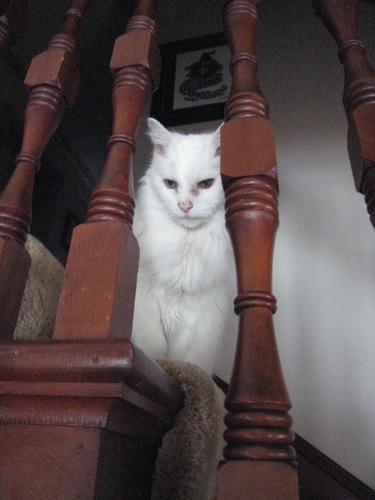 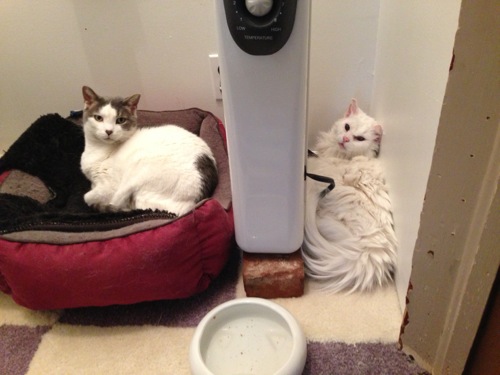 Because some pictures must be shared 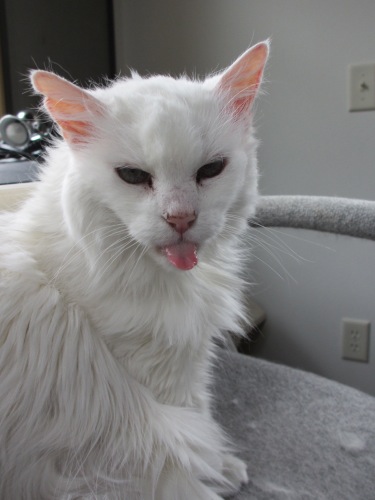 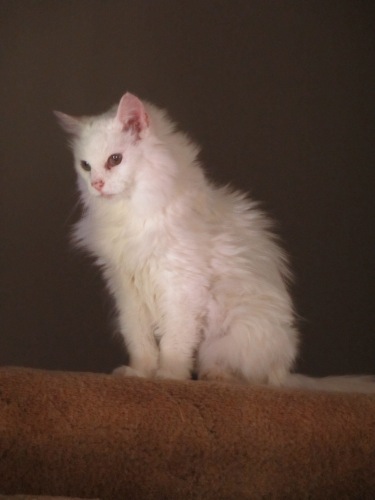 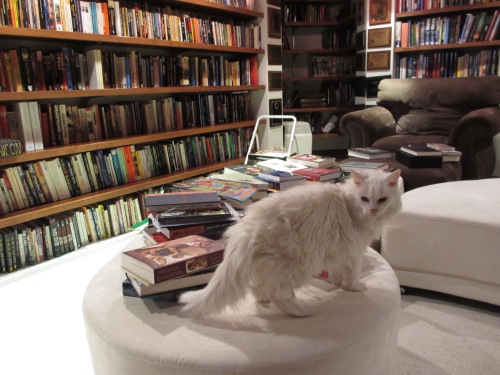 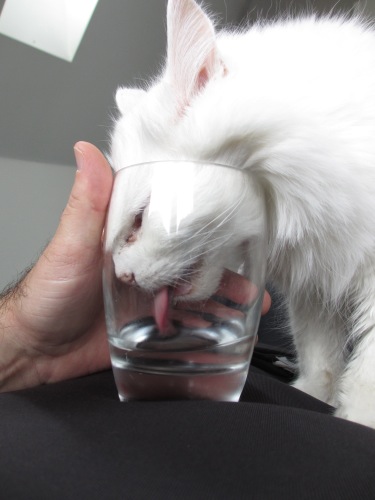 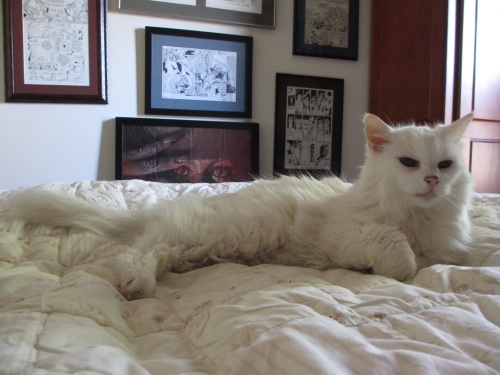 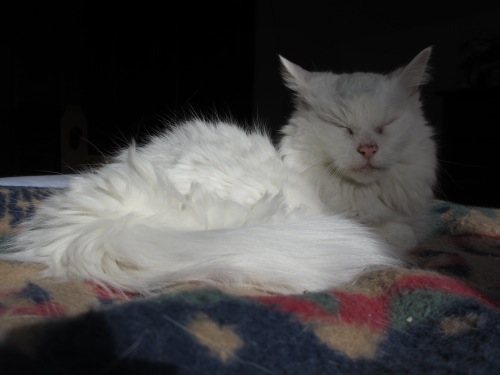 She was so fierce 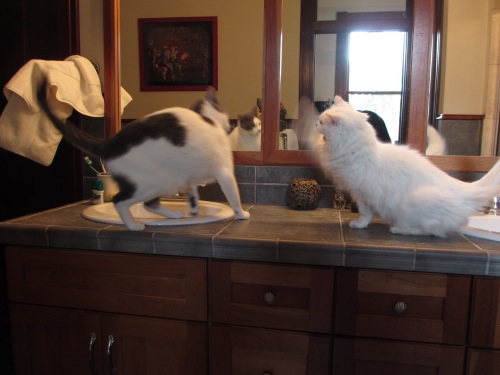 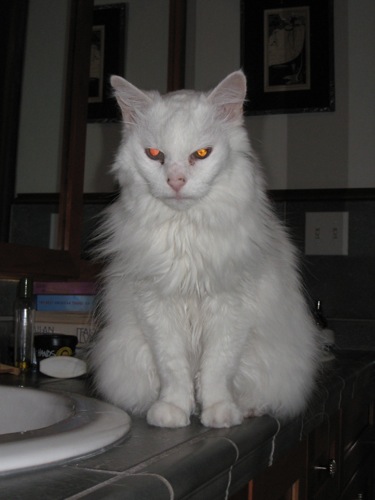 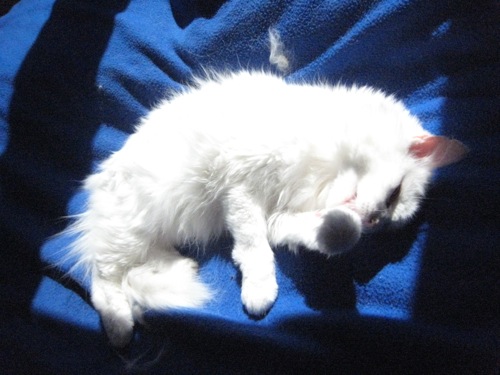 With her long time housemate Coconut Sleeping in the library Claiming me for her own Goodbye Princess, you had a hell of run